Greetings, Snowhounds. Finally, some colder air has worked its way into our region, and we can now officially say that there is snow in the forecast for the middle of next week.

Don't get too excited, but there are some models that are showing that a secondary low pressure system could form off the coast and move up it in the middle of next week. This is exactly the kind of low pressure movement that we would need to create a snow event for our area. As Marv Albert would say--Yes!

We really aren't that optimistic at the home office of GSD, but it is our sworn duty to put you on alert for midweek snow. Worst case scenario is rain showers for late Tuesday, all of Wednesday, and into Thursday. Best case scenario would be plowable snow event for Wednesday night into Thursday. A tweener scenario would be mostly rain with a few wet flakes mixed on Wednesday night when the temps go low. The big stumbling block still is the daytime temperatures above freezing.

Nothing to get hot and bothered about, but keep your ears on and click in over the next few days to get the latest.
at 10:00 PM No comments:

We trust everyone's gorging went according to plan. The good news, kids, is that there are--count 'em with me now--a mere 19 school days until our next glorious respite from our places of higher learning.

Historically, there's about a 60% chance of snow day between Thanksgiving and Christmas. Of the ten biggest snow storms to hit the Albany area in the month of December, about four of them fell before the 24th. Even though some people are chafed by the idea of going to school all the way until the 23rd--the nerve of these school committees!--the late release will actually increase your odds of having a snow day before the holiday break.

The forecast for December? As our good friend Maury the GSD janitor says, "Bubkis!" Unseasonably warm at the beginning of this week and then temps will dip gradually as we move toward the weekend. As far as precip goes, there just isn't much on the horizon so you're looking at one full week of school and quite likely two with no weather-induced holidays or disruptions. We'll say it again--bubkis.

What we need is a shift in the jet stream. We need cold air and we need it bad. There's a rumor among the NOAA guys and gals that the much needed shift is on the way--cold air is looming out there above Canada--but the big, bad Northern winds may not not appear until the December 10-15 window or after.


Our friend Maury the janitor also says that good things come to those who wait. That's all we have to go on right now. Once the jet stream does shift--and it inevitably will--it's usually an indication that we'll have a good three or four weeks' worth of storms.
at 9:14 PM No comments:

The NWS has issued a Winter Weather Advisory for our area this evening because of the threat of freezing rain in the overnight hours tonight. There's no need to worry about downed power lines or glazed over trees as the freezing rain accumulation will be very light if it happens at all for the Berkshires.

Minor travel disruptions could occur, and the roads tomorrow shouldn't be too bad as long as you're heading west, east, or south and stick to the main thoroughfares. If you're heading north, things could get dicey once you get past Manchester, VT. Many locales in the Adirondacks have Winter Storm Warnings for this evening and into tomorrow.

As far as long term threats go--we have our eye on a storm for the middle of next week and one possibly on Saturday, December 3rd. The Wednesday storm could be an ice event, and the jury's still out for the weekend weather-maker. 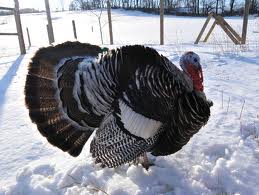 May you all get your eat on on Thursday, and we'll update next week's storms over the weekend.
at 5:15 PM No comments:

It's hard to believe that it's been three weeks since we celebrated the first White Halloween in decades.

Unfortunately, November has been and continues to be a dud as far as the snow goes. We did spot a few flurries the night of 18th, but there was not even enough to utilize those new snow scrapers we all went and and got after the October beatdown.

The slimmest of good news is we can at least start to talk about snow in the forecast. The West is starting to see a few more storms, which means it won't be long before the jet stream cooperates and brings us that glorious White Gold.

We do have the chance of snow for Wednesday the 23rd, which could (but likely won't) complicate people's travel plans for Turkey Day. If it does come down as snow--one outlier model is predicting several inches but most have it as a straight rain event--the heaviest precipitation in our area will be during the evening hours from this coastal storm.

Things should clear out overnight for a fairly calm Thanksgiving Day, and the weather looks great for all the loony birds willing to brave the malls on Friday.

The Staff will keep an eye on the Wednesday storm, but currently we're thinking umbrellas not boots.
at 4:55 PM No comments: